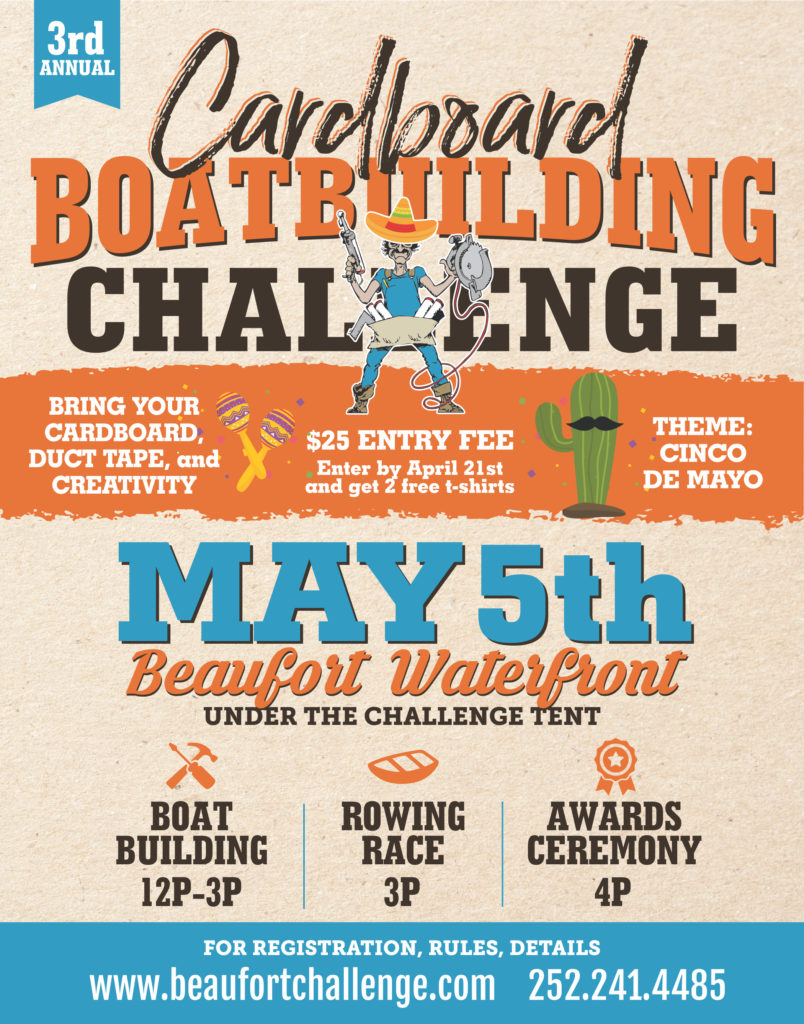 The 3rd Annual Cardboard Boatbuilding Challenge will be held Sunday, May 5th in the West Parking Lot (under the competition tent) on Front Street.

Cardboard and duct tape, that’s it. Three hours later a cardboard boat that will go into Taylor’s Creek for a rowing race. Some make it, others will wish they had used more duct tape!!

The rules are simple. Bring your own cardboard and duct tape and build a boat designed by your imagination.  Any décor for the boats can be made ahead of time, just the structural part of the boat must be made the day of the competition.

The event will take off at 12 noon and contestants have three hours to build their cardboard creation. At 3pm the boats will enter the water and compete against each other in a rowing race. The Guppie Class will go first, followed by the Dolphin Class.

Winners will receive their awards at 4pm immediately following the rowing race. The Award Ceremony will be held in the West Parking Lot (under the competition tent) on Front Street.

Register for the Cardboard Boatbuilding Challenge 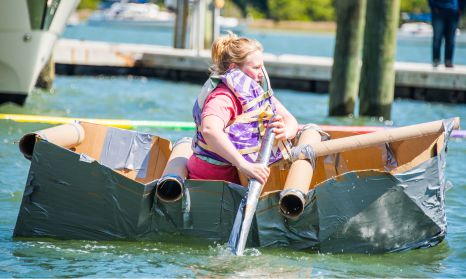